Bite-sized Quotes from the Scholars 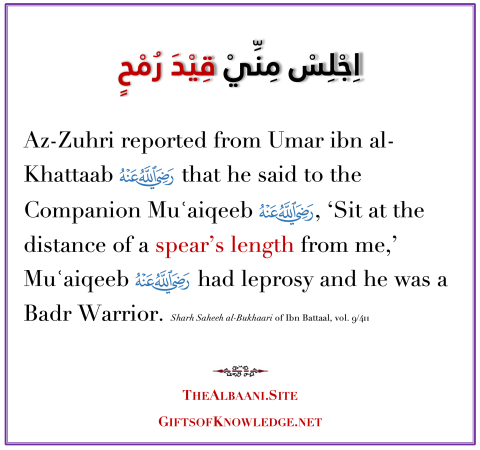 Does the Hadith About Whoever Dies Due to Plague Being Regarded as a Martyr Also Apply to People who Die due to Corona?

Does Reciting Surah Kahf on Fridays Prevent One from Falling Under the Category of Having Abandoned the Quraan? Do I get Reward for Listening to the Quraan while Cooking?

Questioner: What is the definition of abandoning the Quraan? And does reciting Surah Kahf on Fridays prevent one from falling under the category of having abandoned the Quraan? And do I get reward for listening to the Quraan while cooking or anywhere at home?

Al-Khudair: Abandoning the Quraan is to desert reciting it and reflecting upon its meanings, taking heed from it and acting upon it, so abandoning it is done through such things. [Like I said] either by leaving off reciting it such that a long time passes without reading it. Or to leave reflecting over it, which is to abandon its meanings, taking heed from it, and pondering and benefitting from it, and to leave acting upon it, [all this] is to abandon the reason it was sent down, [and] all of this comes under the threat:

Reciting Surah Kahf on Fridays does not remove one from having abandoned the Quraan, since what is meant by, ‘The Quraan,’ is the Quraan in its entirety—so one has to read it all—reciting some of the Surahs and restricting yourself to them alone, as was mentioned in the question concerning Surah Kahf, does not remove a person from having deserted it.

There is no doubt that by listening to the Quraan on the radio or from someone reciting it one obtains the reward as one does with reciting it, “And when the Qur’an is recited, give ear to it and pay heed, that ye may obtain mercy,” [7:204] so the one listening is like the one reciting, just as the person saying, ‘Aameen’ to someone’s du’aa is like the one [actually] making the du’aa.

Some people benefit more by listening than by reciting it, especially when they listen to an articulate reciter whose recitation is invigorating, for a person might recite the Quraan but his heart is preoccupied and thus he does not reflect over it but when he listens to a reciter whose recitation is enthusing it might benefit him more—but even so, he should recite the Quraan himself, and listen to it recited sometimes.

He should also vary the types of recitation he does too. At times reciting to get the reward for reading each letter, and each one has ten rewards. At others reciting so that his heart can benefit from it as ordered by reflecting over it with a slow, considered, measured, recitation of it.

The point is a Muslim needs to think about the pact he has with his Lord. The Shaikh of Islaam [Ibn Taymiyyah] says that reciting the Quraan as has been prescribed gives a believer’s heart knowledge, certainty, faith and tranquility which can only be envisaged or grasped by someone who has [actually] done so.”

“Arise from Your Drunken Stupor, O Heedless One.”

“Which of Them Knew More of the Quraan?”

A Supplication Against Losing One’s Health

Being Saved from an Affliction, Whatever it is, for as Long as You Live

You are currently browsing entries tagged with alalbaani at Gifts of Knowledge.